The Most Annoying Social Media Mistakes 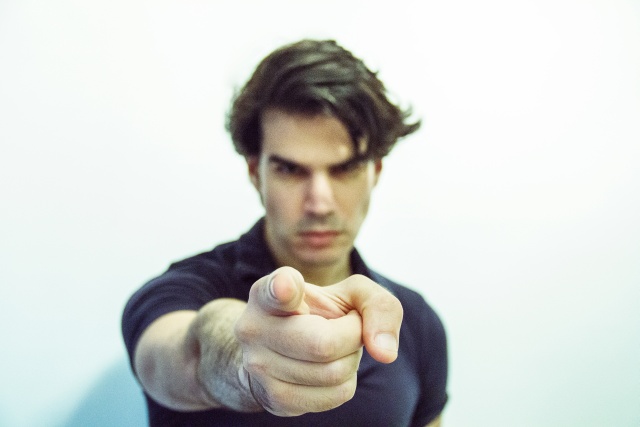 Over the years and on many different social media sites I have seen the same mistakes over and over again. That’s really annoying and tiresome in the long run.

Sadly when pointing out the mistakes to strangers I am rarely able to correct them. People feel offended. I rather get

Thus I prepared a little list of the most common and annoying social media mistakes people keep on making despite better solutions being available. They are making social media an ugly place!

1. Liking an update because it is so obnoxiousYou hate the latest statement by the US president? What do you about it? Do you go out and protest on the street? Do you boycott his hotels? Do you support the victims or alternatives? No, you

it on social media instead! The motto seems to be: “Let’s make that bastard even more popular!” The more obnoxious someone is the more their opponents spread the word about it.

This is how Internet trolling actually works: provoking people to react and riding the wave of their anger. Some people still don’t know the slogan “do not feed the troll” it seems.

Just because you disagree does not mean that adding your 50 Cents will miraculously prevent the original hate message from spreading and only your enlightened opinion will shine.

By adding your hate to the hate of the troll you only fuel the vicious cycle.

When you completely oppose someone and there is no common ground ignoring is the best reaction.

Imagine that in real life! Someone yells at you in the street and you yell back: “It’s not true! I’m not a bitch! I don’t get paid for sex!”.

Ideally you focus on what’s right instead of popularizing what’s wrong! Even a message of disagreement or debunking the lie promotes the lie itself!

are not about “bookmarking”. In the worst case you promote yourself by pushing your own content in niche communities. You can’t do that.

Imagine a stranger entering a conference room jumping on the stage to brag about their achievements. That’s what you are doing!

You could share or link the original artist who has even his address on the stolen images! Just look up the address! Do not support content theft!

You can also just use a reverse image search engine or the search by image feature on Google and find the original artist. It takes only a few minutes.

4. Automating social media to a large extent
This is mostly a problem of marketing people but also spreads to other topics as well. People “leverage” automation to flood their followers with constant updates.

Nobody can share things 24/7 without going crazy and likewise most people can’t digest all this redundant content all the time.

Additionally many of the automated accounts are also untended. Thus they share outdated or worse broken links for example and do not even react to feedback.

When I respond to a faulty automated update and say “the link is broken” bot account owners won’t even notice, respond and when they finally do it’s hours or even days later.

It’s also rude not to respond when people give you feedback. Hire a social media manager instead. Don’t use social media like an answering machine or radio broadcast.

5. Requesting friendship with no context whatsoever
It happens on LinkedIn all the time: people you have never heard of want to be friends without even introducing themselves. They just hit the “connect” button.

Do you really need to befriend complete strangers just to grow your network? No, it rather backfires. You may end up connected to spammers, stalkers or simply selfish and pushy people.

Rather be picky about who you connect with and think long term. Will you even remember who that person is a year or two from now?

Introduce yourself when sending a request to people who might have forgotten about you by now. Even when approaching people who still remember you make sure to provide a reason!

6. Asking people for the favor of sharing something
Do you think that socializing means you can send me requests to share your content? Some people consider this to be “outreach”.

“Hey [name]! Please share this [address]!” is not the right template for your social media outreach and relationship building efforts!

Asking me for favors is especially misplaced when it’s the only time I see your avatar at all. Be there and be helpful first. I may or may not reciprocate but it’s more likely then.

Also do not always ask me to spread the word about the same site – most likely your own one. Again, this is not about selfish media. It’s about socializing.

Many people have made up opinions they won’t change no matter what you say. Some people seem to even monitor mentions of a particular topic and fight you the instant you mention it.

Some of these angry users are actually bots while others get paid by corporations or the various governments to infiltrate social media and influence public perception.

Some people who fight online are simply bored and angry out of habit. They believe something and will fight everybody who doesn’t as if it’s a matter of life and death.

Alternative medicine is such a contentious topic. I’m not really young anymore so over the years I had my fair share of more or less serious health problems.

Most of my health issues were cured by alternative medicine. I’m even lucky enough to be married to an acupuncturist. Thus I rarely get sick these days.

Yet some people online always want to convince me that “alternative medicine is just a big fraud and does more harm than good”. Yet most of them never have even tried it.

You get the point: when you don’t like it, don’t use it and lead by example. When you are always healthy and never need any pain relief etc. throw the first stone!

Many aggressive people treat science as a new religion! They believe outdated dogmas despite evidence.

Until a few years back they were no studies that proved the benefit of acupuncture or meditation. Now they show up all over the place.

Science believers need to catch up as well. Actual scientists at least try to by studying phenomenons they can’t explain.

Acupuncture and meditation exists for thousands of years. The studies are new. The proof has been there all the time though.

What can you do about annoying social media mistakes?
There is no particular order to this list, but over the years the annoyances accumulated. I encountered all of them frequently.

When using the Web attempt to stay calm and not to react with anger. It’s in most cases not only useless but also backfires.

In real life anger may sometimes help you to survive in a fight or flight situation but even then you’re better off staying calm. On social media you just make things worse.

Yet ignoring annoyances or even annoying others due to negligence or laziness is not a viable option either. Improve yourself and the Web while at it!

Please! At least try not to repeat these social media mistakes outlined above. This will make the Web a better place for all of us!

Did you experience other annoying behaviors on social sites you’d like to get covered? Add them in the comment section! I may update the list then.

Updated: March 26th, 2018: completely rewrote the post to focus on social media in general not just one particular site.

← 10 Usability Sins that Make me Bounce at any Rate!
How to Write for Subscribers: Rules of Advanced Blogging →