How to Spot a Fake Link Removal Request 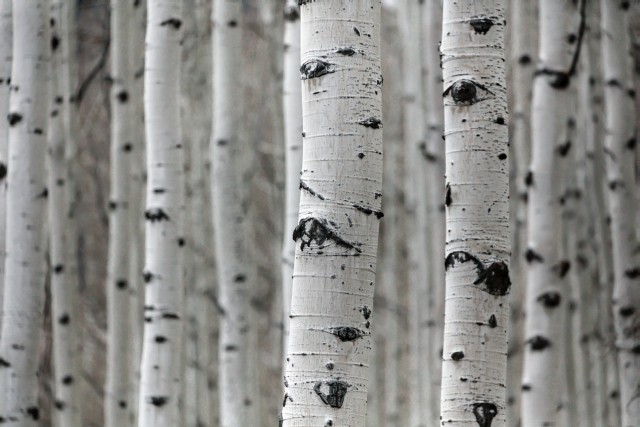 Are your links unnatural or do they grow on trees?

When Google invented “unnatural links” by simply deciding that some links are unnatural while others are not they also created the problem of large scale “negative SEO“.

Then they professed to have the solution for their self-created problem, the disavow tool and the process of link removal associated with it. I don’t want to explain that whole absurdity again.

Today I want to show on a little example how the outcome of the unnatural link nonsense looks like.

People are sending link removal requests to bloggers and webmasters. Some of these look so fake that they are more likely part of a Google sabotage campaign to remove links to the competition.

For example in case you rank above me I can hire someone to ask all the people who link to you to remove the links.

On a side note. There are no “unnatural links”. That’s a made up term by Google to discredit link building. Do links grow on trees? No. All links are unnatural.

The link removal request I refuse to comply with

Usually I reply to link removal requests and remove the links or at least try to confirm the identity of the sender but not when they look as fake as this one:

I added some red flags to the message to demonstrate how to spot a fake link removal request. I don’t say this one has to be fake.

It could be real but so low quality that it looks fake. Anyway, you can’t remove any links based on such a request. That way you would potentially hurt the site in question.

You may wonder why I didn’t remove mail addresses and names from that screen shot.

There are many reasons. One of them is that the guy who sent me this also advertises his services with mail addresses and names of third parties.

Also I want to make it public so that other people who have been approached by the same person, Jerameel, become a bit more cautious.

Last but not least this will help my readers to learn how to deal with such semi-anonymous mass mailings.

Let’s take a look at my annotations:

1. The message has been written from a free mail account anyone can get within a few minutes. Anybody can make an identity on Gmail.

Apparently the account has been created with the sole purpose of this link removal campaign judging from the “name”.

2. Guess what, this is of course not my mail address. This is the address of a list the sender has set up. I’ve never heard of it.

The message is going out to more than one address then. Only the URLs are customized for each one.

3. Whenever I get a message saying “Good Day”, “Dear Sirs” etc. These impersonal greetings are clearly sent to dozens, hundreds or thousands of people.

I usually delete it immediately as spam because there is no name in it and that person apparently has not even looked up my site to look for it.

4. Usually a typo could mean that a message is real, after all we all make mistakes, me too, all the time. This is a mistake a spell check would easily notice and highlight in red.

Thus the sender obviously hasn’t looked at the message before hitting send. It’s rather a typical mistake that happens when automated programs mess around with proper line breaks.

5. Here you’d expect at least some clue who the sender is. I want to see who the person sending the message is, what’s the job description, phone number or at least last name.

Sadly the only thing I see in the signature is the first name. Thus I had to look up the last name in the “sender” field.

OK. There was a last name. Thus I tried to locate the person who has sent me the message. The first page I’ve found for the name was a “people per hour” profile.

Jerameel seems to specialize in link removal. That’s possible. Does he work for the company he writes for? There is no way to find out. How much of an expert can he be with

Btw. I wouldn’t even be able to survive charging 40. So Jerameel is a low paid outsourcing drone anybody can hire for peanuts to remove links.

Would I recommend to hire someone like that to deal with a Google penalty? No. I have also looked up the company he allegedly represents.

They evidently suffer from a very harsh penalty according to some tools. They still rank top 10 for [web design los angeles] though .- the long tail keyphrase they apparently optimize for.

An LA based internet marketing should be able to afford to pay for a real expert.

I don’t say Jerameel is knowingly implementing a “negative SEO” campaign against the business he claims to represent. It’s possible though.

It’s in my opinion more likely that someone from your competition is hiring a low level “expert” at the other end of the world than you do.

In case you really care about your site why would you take such a big risk? Sites like Fiverr and other low level “job boards” are rarely used by true experts.

What do the comments look like in the first place?

BTW: the links Jerameel wants to have removed look perfectly OK. They are not spammy. The links in them are even nofollow. Thus I refuse to remove them in this case:

Have you gotten similar fake looking link removal requests? Do not heed them without any confirmation.

I once had to mail back and forth a few times to make sure the sender of the message is really associated with the website in question. I don’t have time all day to offer you link removal services for free.

I’m too righteous to charge you for link removal but I at least want to have something I can write about my readers can learn from.

I also sincerely hope that the people involved here will learn a well. I don’t expect Google to learn and change their politics but it’s always important to point out the absurdity of such processes.

BTW. in case you want to hire real SEO experts from the Philippines or somewhere else in the majority world feel free to ask me.

Jason Acidre and Venchito Tampon are some surefire choices from the Philippines.

Hat tip to all business owners: send your own link removal request from your business mail address.

Let the real experts locate the probably dangerous links and then spend some time writing real personal messages that don’t ostracize like this generic one.