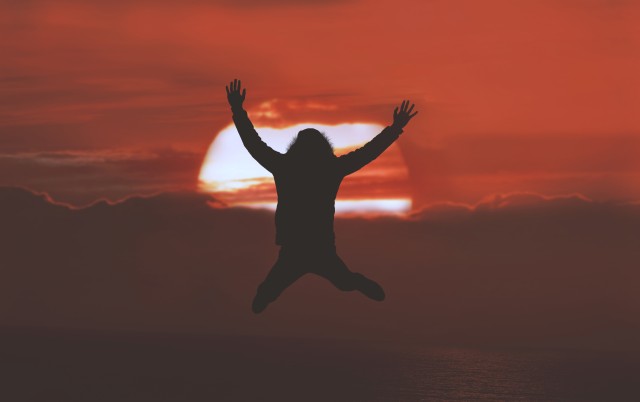 When I started out this blog over 6 years ago I said what nowadays is almost a running gag: “SEO is dead”.

You could assume I am the most unlikely person to tell you that SEO is alive. Take a look at the context of my attention grabbing claim back then: I introduced a new kind of SEO, a better one.

For lack of any better term I referred to the new school of SEO simply as SEO 2.0

I was preaching business blogging, social media outreach and relationships long before they became mainstream.

I could have moved on to become a blogging blog or a social media blog. Both topics are easier to cover and both audiences are by far bigger.

Despite that I stayed with the SEO, even lately while more and more people rebrand or “retire” the SEO in their names.

Google has been plaguing me and my clients with disastrous updates and penalties too. So there were plenty of reasons to throw in the towel.

For some reason I have stayed with SEO no matter what attention seeking bloggers are saying.

Unlike me they are not interested in revolutionizing or even reforming the SEO trade, they just hate it and want it gone for good.

When it was 2012 and the world was about to end according to the annoying doom-sayers everywhere I didn’t hide in the closet either.

I’m not the natural born optimist though. So it’s not just me laughing off everything and keeping calm and optimizing forever.

The reason I still practice and evangelize SEO, be it 2.0 or whatever is that SEO is alive!

SEO is all over the place. It’s reinventing itself every few months it seems. Everybody does practice these days by default.

SEO is alive and kicking and it’s exactly the way it makes me feel every day. SEO is challenging, never getting stale. Every day SEO is changing.

You have to keep up with the pace and you never get bored. Just look at the other disciplines I cover here: blogging and social media.

I don’t write that much about them any more because most of what have been said is still true. Changes are happening here too but progress is much slower.

When it comes to social media the names of the tools are changing but the game stays roughly the same.

With blogging it’s even worse. Most of what I have written about 5 years ago are the basics by now.

Every blogging beginner is writing about them. Why should I after a decade of bloging? I get bored with it. With SEO that doesn’t happen.

Sometimes I wake up and have to rethink my whole strategy because the changes that happened over night were so profound.

I don’t even exclusively refer to the updates that Google is introducing more frequently than ever or the other limitations they impose on us like not provided.

For many SEO is becoming too fast and too difficult.

They can’t stay afloat. For others the failure of these people is an opportunity. While Google makes SEO harder every day by almost removing organic search results.

Google is showing more ads every year and hides the fact that they’re ads even more efficiently. There are still ways to get more people to view your site be it

I will be among the first people to know them, test them and report about them as long as it’s organic and you don’t have to bribe gatekeepers to get visibility.

People are still looking for those even years after they have been deprecated or made completely obsolete. Only gradually over the years the demand dwindles.

Yet the only reason I can imagine for SEO to die is that the majority of people and organizations will embrace the more holistic findability concept instead.

Government sites and colleges already do. By the time findability or any other enhanced version of SEO will take over I will be already there. It won’t be

or any other kind of marketing though. As I said before optimization is bigger than just marketing.

I can optimize without selling while marketing always implies the market and thus sales. Optimization is more than just marketing. You can even improve yourself not just websites.

The who is who of SEO

The ever-changing nature of SEO is why it’s so alive. The most

people are actively pursuing it. Others become doctors or lawyers like their parents demanded and stay unhappy for the rest of their lives.

When I went to school the Internet didn’t even really exist yet. SEO was invented while I was in college.

When I started out I had to learn by doing everything myself alas testing and reading forums.

I don’t need anybody to pave me the way as I choose the path less traveled of my own accord. Are you with me?

← Hey Google! Sunset Your Unnatural Oral Action or I’ll Nofollow You
How to Spot a Fake Link Removal Request →