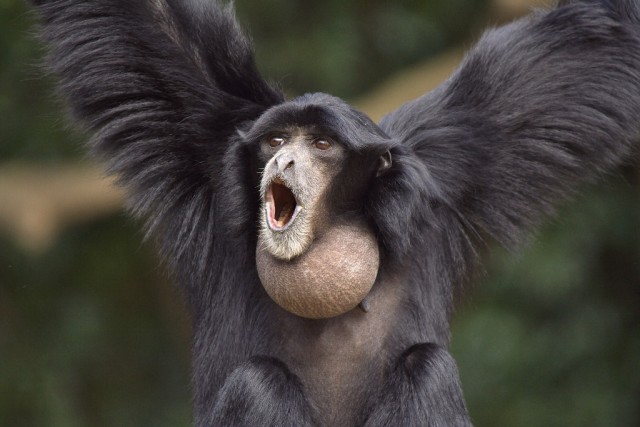 Many search engine optimizers are still stuck in the past. These old school practitioners fail to adapt.

They struggle with the new social media environment and attempt to apply rules of the legacy Web to the new environment.

To encourage some self reflection of the people in the search engine optimization business I compiled a ruthlessly honest set of 10 reasons why SEOs fail on social media.

Of course not all of them do, but still far too many. We can do better than that. Social Media is about socializing for real.

When you recognize yourself in some of these traits take a step forward and change your approach to social media.

2. SEOs are treating social networking like web directoriesDo you remember social bookmarking? When was the last time you used Delicious for research? People use search engines instead.

Many SEOs assume that social networking sites are the directories of social Web. They think Facebook, Twitter and the likes are mainly a means to share links.

Thus instead of submitting to 2000 directories or to 200 social bookmarking sites the share links to 20 social sites. They also love to automate that process.

but about the number of users who engage with you on one site or two and the authority of one user who recommends your site.

You might sleep with 200 women but I guess none of them will love you just for the act. Your wife probably will love once you make a commitment to her.

Also your friends will like it when you tell them stories but not strangers on the streets. These people might assume you’re a nut.

3. SEOs start yelling at people instead of listeningHey you, want to buy SEO services? Imagine yourself shouting this sentence on the street. Shouting at people you have never seen before.

Why shout at people who are not interested in you at all? This is exactly what SEOs often do on social media.

Again, imagine yourself and your wife or friends. Instead of listening you start shouting at them. Do you expect them to listen and fulfill your wishes?

4. SEOs do not shareWhen I started to optimize for Google in Germany in 2004 I was amazed by the clandestine atmosphere of SEO. It felt more like 007! I didn’t want to be a secret agent though.

Information and links were scarce and everybody was stingy with them.

Sharing information could give your competitors an advantage. Thus it was important to keep as much of your know how for you as possible.

While the most successful SEO experts at Moz are famous for the knowledge they share the German SEO forums were full of people who won’t tell you anything.

They would “reply” trying to scare you off or ridicule you instead of sharing what they know. They acted shady out of habit.

Imagine yourself on a party and someone asks what you do for a living. You reply “I can’t tell you” because you’re afraid the person could get in your way as a competitor.

Also hoarding PageRank was very important while linking out to somebody who does not link back a sign of idiocy.

Why give away your Google juice? When you do not give away anything, even things that do not cost money nobody will like you.5. SEOs are sneakyI am still amazed by some people in SEO. Their first thought on encountering a new service or medium seems to be:

How can I sneak in and take away the riches? Imagine this in real life: Yes, it’s called crime. Do not game social media! Play by the rules.6. SEOs focus on bling bling and fetishes not actual resultsEnlarge your PageRank? Do you think the size of your PageRank, car or IQ makes you better than others?

It was very strange to see people in SEO forums talking about PageRank. They fetishized PageRank. It’s not only “PR” though.

It might be the ranking on Google or it might be the silly traffic numbers. They are all just signs of success, but signs that often are misleading.

You can be #1 in Google and have 100.000 visitors one day without gaining any real authority or making real sales.

Now just think of a braggart like that boasting. Would you like and respect that person? I don’t think so.7. SEOs obsess about numbers instead of value/sEven the SEOs who care about conversions and ROI tend to have only one value: Dollars.

I assume that in western countries you at least share some core values like democracy, freedom of speech and movement, peace etc.

Now how many SEO firms display any commitment to these issues? Also I assume that most people love art, music, literature and cherish nature.

How many SEO companies speak out on behalf on the environment, support artists, sponsor concerts or invite poets to perform on their behalf? People on social media are real people.

People are not interested in what you want to sell them most of the time, but they love the green grass, they love to listen to music, read great stories and look at beautiful or intriguing artworks.8. SEOs treat “content” like filling or stuffingWhen you read why some SEOs recommend blogging you have the impression that it’s about content that is only filling in the pages with keyword rich nonsense.

Do they care whether anybody reads it all? It’s like having stuffed animals in the park or ZOO. Fooling people into visiting your site is not enough by now.

Would you like a park where the birds that tweet are recorded or a ZOO where the animals are displayed on large TV screens?

When there is no life in the “content” nobody will want to look at it let alone read it. Don’t just write content. Write poems. Create art. Compose music.9. SEOs don’t get designMany SEOs still think that web design does not matter or means placing the keywords prominently in the content so that Google can find them.

People just take a look at a website and leave instantly if the design is not appealing to them. Social media users behave even more like this. No great visual on the page means bouncing off it.10. SEOs are selfishMany SEOs do not give away anything that matters to others. They want to take without giving. If they take, they take for themselves.

Social media is all about giving. Many people assume that giving and sharing is the only acceptable way to act on social media.

I do not agree with that, because this way you would only work for free for companies who own this social media.

You need to give to be able to take though. If the people know you, have gotten attention from you or something else that has value on the Internet.

It might be links, recommendations or feedback they are willing to listen to you and also to give.
Now who the hell am I to tell you these things?

Well, I’m in SEO for more than 4 years now and I still don’t believe that SEO is all that I described above.

These 10 reasons why SEOs fail on social media are aberrations. These are the mistakes people are making on the Web.

Not only SEOs do them, I see plenty of people outside of SEO doing that. Just take a look at what you do online and then do not these mistakes again.

Make sure to to double-check the actual metrics you are using. I’ve made some of these mistakes myself like obsessing with

but mostly I was able to omit these as I was on the Web since 1997, meaning 7 years before starting with SEO so I knew how to act online without alienating people.

Try to be a human being first and then a SEO on top of that. Do not approach people as a marketer on social media. This is the most important thing.

I want to thank some of my Twitter friends who provided some answers that enhanced this article: edelabar, tibipuiu, sweetsfoods.