Why Berlin Tourists Eat Currywurst and the Creation of Generic Brands 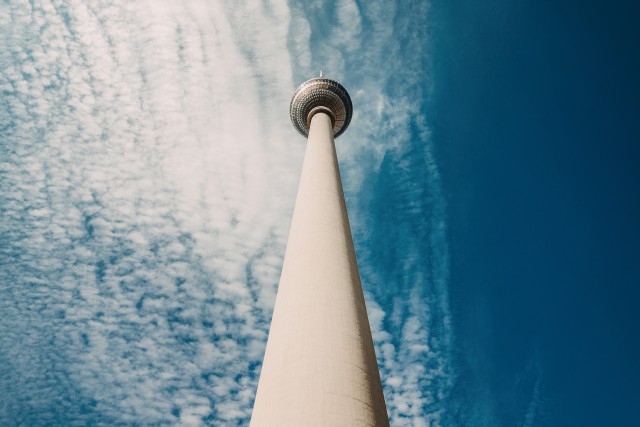 As you might have noticed I live in Berlin, Germany. That’s a hugely popular place among tourists from all over the world.

The area I live in is full of hostels, night clubs and places to eat out. There are at least four Indian restaurants within walking distance for example.

The Indian restaurants are not that popular among tourists, with the exception of the one at the most busy corner.

There is a place where there are always large crowds in front of it though. It’s a so called “Imbiss”, that means something like snack or snack bar. It’s one of dozens here but this one is special. It sells Currywurst.

Currywurst is nothing really a gourmet would want to eat, it’s indeed a bit questionable.

You never know what kind of ingredients are in it and in Berlin mostly the so called “underclass” eats it. Currywurst is cheap and fat so you get well-fed after a day working on a construction site.

I’m not saying that I’m the upperclass or something. In Berlin basically most people are “poor but sexy” as a semi-official slogan says.

It’s just that most people here eat pizza, kebaps or burgers as fast food. Currywurst is pretty low-level even by Berlin-standards.

Yet, you’ll find a Currywurst place in every Berlin guide, mainly three of them I have noticed. These get hailed as the original, traditional, real Currywurst places you have to go to.

None of these places is connected to the other ones, they are serving different areas of the city and are just tiny businesses, no chains. So in a sense they are really authentic.

Why is Currywurst so authentic that people from other continents would want to eat it along with local construction workers?

They do, but just because they are cheap and tasty not because of the brand. They visit the first place they see and buy them.

No need to feature every Pizzeria in a Berlin guide. Nobody is seeking out a particular burger place unless it’s vegan for example.

The term has been coined by a company to push both themselves and a concept. It has worked well and as the company grows the pressure to join the bandwagon grows.

The competition has to differentiate themselves or join in and offer inbound marketing as well.

Now let us take a look at some of the things that make a successful generic brand.

As the Currywurst example shows a generic brand helps tremendously to popularize an offering. Of course it doesn’t have to be low level like Currywurst.

Everybody can but not everybody does use it

As noted above everybody can offer Currywurst but not everybody does. You get pizza, burgers and kebabs at every corner but Currywurst is less common by now.

Potentially everybody could offer Currywurst too but as long as you do it without the support of getting published by city guides you get viewed as low level, not cool.

It has a specific flavor (a local one)

You get pizza, burgers and even kebabs everywhere in the world by now. You don’t go to a place to eat the same as everywhere else.

You eat the same things all over the world for safety reasons to prevent of food poisoning or diarrhea and simply out of habit.

Also there is a specific local touch or flavor to it. I for instance eat Arabic food when I need it fast. It’s similar to kebab but higher quality and much tastier.

Once even a friend of mine insisted on eating out Arabic because there is no Arabic food in the smaller German city she lives nearby.

Tourists from abroad do not visit Berlin because of Arabic food though. Neither the too exotic nor the too common foods are attractive it seems.

Inbound is still pretty rare and has a specific local US flavor.

Thus it’s strange that Indians from India do not embrace it by large numbers, isn’t it? Maybe Indians living in the US have different priorities.

There are some limitations beyond which it’s not authentic

It’s hard to pinpoint where the line is crossed from authentic to fake. When it comes to Currywurst you certainly do not eat it at a restaurant.

All three places hailed by Berlin guides do not even have tables you can sit at. That’s probably the rugged realness people want. Currywurst is also streetwise.

All three places you’ll find in the guides are on busy intersections in areas with lots of traffic.

It’s similar to hard core hip-hop some people refer to as “gangsta”. You need the “dirty” touch to it. It must be loud and noisy, the smell of gasoline and the sound of sirens is obligatory.

Inbound is real too, it’s the anti-marketing, it’s hard core too. Not every marketer can be inbound. There is a certain code of conduct too.

Media are helping to create hype

I’ve mentioned the Berlin guides hailing typical Berlin Currywurst. I mean I never read Berlin guides, I live here, but in the rare cases I’ve looked at one I’ve found a Currywurst place in it.

There are also some publications hailing the generic brand of inbound marketing. Hubspot itself of course. Then Inbound.org and now Moz.com too.

Moz even convinced many people in the SEO industry to rebrand themselves as “inbound marketers”.

The more you talk about it the higher the demand it seems, especially in case not only one person talks about but a whole publication or several ones.

Inbound marketing is just a new term for permission or pull marketing. These terms have been around before inbound but haven’t been branded enough to spread.

It’s rare enough to be special

So inbound marketing is popular enough not to get forgotten but to get just the right amount of attention. Still it’s rare enough to have the appearance of exclusivity.

How many large companies offer inbound marketing? The two software vendors Hubspot and Moz are the most well-known.

There are many agencies that do offer inbound marketing but you don’t see them around as much.

So while inbound spreads it’s still special. Likewise I only know these three places that offer Currywurst.

All other ones are the remainders of the old days where Currywurst was just construction workers fast food.

Thus it’s not that easy to find the balance between hype and obscurity. You need to brand yourself only so much that you end up in the middle of those two, right in the cool spot.

Of course you can’t trademark your generic brand or it stops being generic and becomes just a brand like any other in its limited sense.

You have also to win over other people to use the brand as if it was theirs too. Hubspot does a great job at it by handing out certifications to agencies.

In order to create a successful generic brand you also have to let it go to some extent.

Now consider the potential success of tasty Indian food popularized like Currywurst! Then you understand the success of Inbound marketing.