Stop Social Media Hopping Now to Save Your Business Later 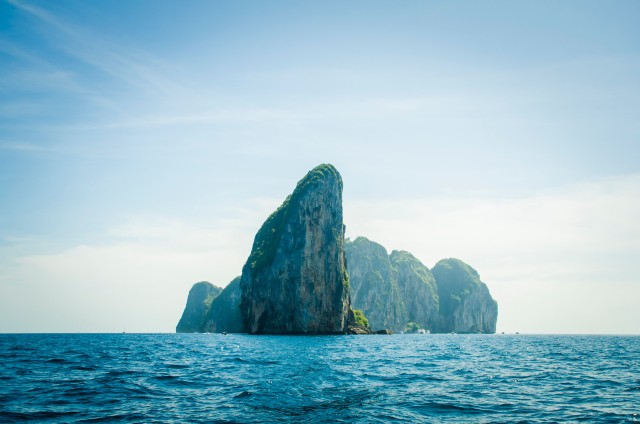 Are you social media hopping? Have you been on Friendster then on MySpace and finally on Facebook for a few years just to consider moving on?

The social media site game is over

I’ve been there, done that. Maybe not exactly as described above but in very similar ways. I’ve done it over and over. I truly believed in some social media sites.

I was friendly to everybody who deserved it and I fought

who mess up social networks. No matter how much time and effort I invested I have been disappointed in the end.

Either the community moves on by itself because of the next big thing, the site dies by itself or gets sold to someone who more or less kills it.

What’s very common as well is that you get evicted out of your community. Or the community gets so ugly that you prefer to leave or you fight back and then you get banned for fighting back.

Silenced for being idiotic

Some of the social media sites have silenced me in one way or other. Hacker News for example banned me. I was flagged at StumbleUpon by trolls and content thieves alike.

On Hacker News I have been called “idiotic” because I dared to criticize banks on a page populated by die hard capitalists.

When I cited the Hacker News terms of service which say ‘don’t say “idiotic”‘ my account was set to invisible. I was a very prolific “power user” on these sites before that. That didn’t help though.

This post is not meant to complain or whine. My short intermezzo at Hacker News was not even worth a post.

In most cases I was a suspected criminal from day one because I admitted to practice SEO or rather I wrote about it.

I’m now on Twitter, Google+ and Inbound.org mainly plus on Delicious, LinkedIn and Pinterest to some extent.

I could easily engage more with the right amount of time and effort. By now I’m an social media skeptic though.

Most social media sites turn ugly sooner or later. Facebook and LinkedIn already are in a way. They sell your private data to others or your social network connections back to you.

You have to be there on these social media sites but you always need to remember that such services have to be useful for you. When they are free you are the product.

Social media need to work as channels leading back to your website and business.

Social media sites do not make sense as a long time investment of time, effort and money. Sooner or later they all deteriorate and you have to build up your network from scratch elsewhere.

You need to take control back and network with people directly.

Cut out the middleman. You don’t need to friend your mother on Facebook to know what she’s up to. You can call her. It takes less time.

You have to invest the time and effort into your own website and business. There are many ways to do that.

You can set up an email list of subscribers and broadcast newsletters to them. This is very SEO 1.0 but it works when you use the correct tools.

Most people suggest Aweber. That’s not my style though. I use MailChimp to some extent but I prefer to keep it even simpler that that.

Customer Relationship Management to the rescue

You can use Customer Relationship Management or CRM tools. Sadly there are dozens of them and they don’t seem to have standards.

For instance you can’t export Salesforce data and use it with other CRM tools and vice versa. Your data is owned by another company again.

CRM is very SEO 2.0 but I have checked so many CRM tools by now and I don’t like and trust any one of them to invest my time and effort.

Also most of them cost money on a regular basis so you’re dependent like on social media sites but you have to pay as well and you’re still locked in more or less.

The answer is much simpler: most people who are freelancing one man shows like I am should simply keep address books!

That’s your best best bet for your personal social network. That’s the best CRM tool. Address books existed even before the Web.

That’s better than social media hopping. It can save your business when once a again a social site turns ugly, bans you and tries to sell your content, relations or data back to you or to others.

All you effort goes down the drain. It happens again and again and millions of people have lost years of work repeatedly.

Many people have often suggested that SEO 2.0 is just another word for social media marketing. Well it isn’t.

It’s about the relationships not the tools. The most important thing when it comes to SEO 2.0 tools is that they don’t interfere with your socializing like social media sites do. Thus

stop social media hopping and now to save your business later.

From now on I will add you to my own personal open source social network. I will add your Twitter, Facebook, LinkedIn and Inbound.org user names and I will be happy.

Maybe I will even notify you about being added to my own social site on my computer. I won’t send you newsletters and such. I’m here for the long term relationships not the quick buck.

In 10 years from now most of the hot social sites will be obsolete but I will have the best relationships around as I will follow you no matter where you go. I will always stay here though.

← Great Niche Communities for Bloggers, Business People and Web Entrepreneurs
How to Use LinkedIn for Business Networking: Marketing Resources →