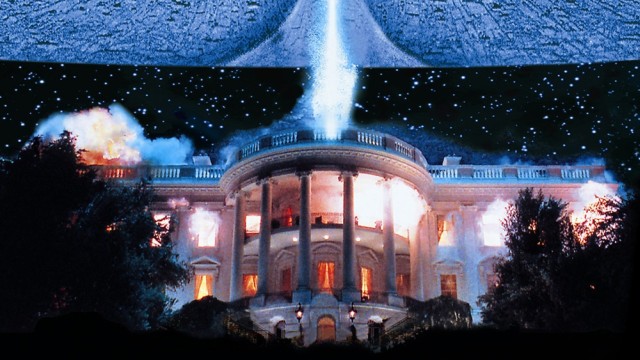 People appropriated it to mean that content is the most important aspect of your visibility strategy. It’s not.

Content without shares and links is useless. Don’t forget who decides about the success in a social Web democracy.

Let’s try to find out how the Web really works and why nobody seemingly talks about it. Content by itself is not the one size fits all solution for all Internet related issues.

Are You Still Applauding the Monarchy?

When it comes to celebrating independence, Americans are true patriots. We see it every year on the 4th of July.

However, among all the flag waving and God blessing, many US citizens seemingly forget what it means to be truly independent. What I mean is the independence of thought.

American Independence has been declared in 1776, but people in the US still are hailing the king.

Don’t believe me? Why do

repeat the “content is king” mantra then? Are only Brits using it? Do they want to denounce it?

Do they mean to say that content is to be fought and people should fight for their independence? No, of course not. They use the metaphor without even thinking about what it really means.

Historically, “content is king” has been used by representatives of the British monarchy

to express the notion that it’s important to keep peasants satisfied so that they don’t rebel against the injustice of the kingdom.

Back then it was “content is king” that is the second syllable of content has been stressed. Times have changed but the elites are using the same deceiving language it seems.

In the nineties of the 20th century the “content is king” idiom has been used in a new context by media conglomerate representatives.

They tried to explain that corporations need to make money by monetizing content. Why was it an issue at all?

Other big business pundits claimed that only selling technology or hardware was the future-proof business model.

Bill Gates of Microsoft said “content is king” in 1997 for example and Rupert Murdoch of News Corp has said that again and again.

Nowadays Google is the most fervent “content is king” advocate.

Google spokespeople usually say things like “create great content” to rank on Google and succeed on the Web.

It’s intriguing that a corporation that neither creates content themselves on a significant scale nor uses it directly as an important ranking factor until recently (it does by now but it’s still just an insignificant one among hundreds) is so keen to convince you to create more of it.

Remember that both Microsoft and News Corp have been investing a lot in content creation.

News Corp has been running numerous media outlets including TV, newspapers and radio stations. In the UK they own a large part of all media.

I’ve done that too on one of my blogs but shortly before payout they closed my account over night without any explanation.

When it comes to you and me, content is just one optional ingredient of your online visibility. There are many cases where content is redundant for example.

There are things you do not have to describe and explain in depth. Sometimes people just want to take a quick look at the item, hit “buy now” and strike it through in their to-do list.

Imagine that in real life. It would be absurd to ask your customers in store to read about your products first before you let them buy.

Still in many niches, content creation is an additional effort that is only needed to satisfy the need of Google for your content.

Google needs your content to lure people to their link list so they can put ads around it and monetize it.

The only thing Google offers is a list of links. They succeed because they managed to provide the best selection of links a few years ago.

Other search engines are better by now but nobody really cares because they are so used to “Google” that they can’t break their habit. It’s almost like smoking.

It’s not only that Google shows links as their main offer. They also use links to find out which links are the most popular ones.

Those links being shown are not the best or most relevant ones at times. Why then?

You may wonder Google doesn’t say “link is king” all the time? It would even rhyme! After all links are at the center of their offering.

Link is not King

Links are what actually makes the Web. Otherwise disconnected documents would lie around on servers all over the place. Links are also democratic.

People nowadays decide what’s popular, successful and what is not online by linking to it or refraining from it.

Most people link by now without even knowing they do. You don’t have to learn HTML like during the early days of the Web. Every share on social media is a link internally.

You can’t simply go on using a monarchist metaphor and replace one king with another.

In case you want a king, just move to Saudi Arabia! There the king’s powers are medieval in scope. It’s an absolute monarchy.

In case you live in the rest of the world, even the UK, you may want to consider why we have abolished most monarchies and why we value democracy so much.

Our political democracy is not perfect yet. We just elect representatives and have to shut up then. We have no direct influence on the actual decisions other than protesting in the streets.

Corporations like Google are top down organizations with no democratic oversight. On the Web, it’s different. You cast a vote on each issue separately each time you share or link a page.

You might suspect that the new better metaphor is the one suggested in the headline above: “link is president”. I used it on purpose as a parody of the monarchist idiom.

In reality it’s not just one link. It’s about many links. Trillions. Also there is not one person – even in the metaphorical sense – leading. It’s about the myriads of people who decide every day.

Most importantly, it’s not about content first and foremost but more about the people who are meant to consume it.

Thus, start with the audiences first. Consider who is able to link and share, then start creating content when it’s necessary.

Next time when you say “God bless America” while celebrating independence, do not say “content is king” the next day!

You are actually saying “God save the Queen” at the same time. In case you really need a saying simplifying the whole mechanism of the Web, say

depending on where you live. A link or share is a vote. Always remember that when choosing who to link to or what to share.

Even when you dislike the president: every time you mention him you actually amplify his content and spread the word about it.

Thus be cautious who you link! Every link is a vote on the democratic Web! No matter what your opinion is you add to it.

*Scene from the movie Independence Day (1996)

This article was originally published on July 21st, 2014 elsewhere but was removed later on. Thus I republished it here and last updated on: August 9th, 2017.

I fixed readability, clarified the main points a bit and undid some some unwanted edits by the third party editor.