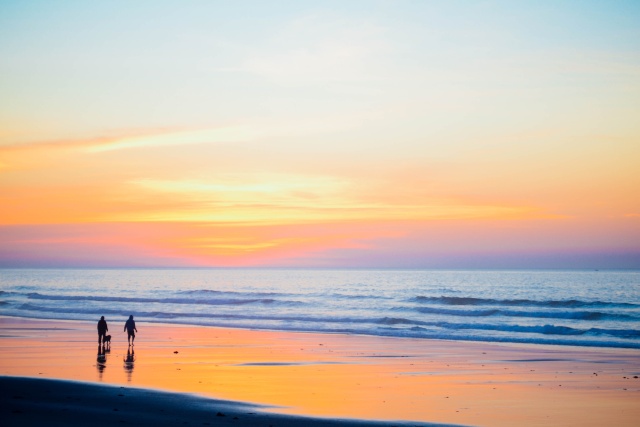 A spontaneous trip to the sea

I took a few days off this week on the coast of the Baltic Sea. We just went there without booking a hotel or something.

I don’t know about elsewhere but in Germany the term apartment (ferienwohnung) is one of the most competitive tourism related keywords.

How do I know? In fact I started my SEO career back in 2004 optimizing for the travel sector and mainly for that keyword.

Where to sleep the night?

When we arrived we were already in a hurry to find a place for the night and to go to the beach before sunset so we just drove around looking for an apartment.

Most apartments were of course “occupied”. Then we noticed a huge “bed and breakfast” (in English) sign. That was it and a mobile number on it.

Most of the apartments just sported a small sign saying apartment in German and displaying a local number.

After stopping I tried two of them because they looked nicer from the outside but to no avail, there was nobody on the phone.

How it really works

In contrast the mobile number led me to a friendly and forthcoming guy. He quickly offered me a room right there.

At the same time called his employee to come over right away which she did 15 minutes later. Now guess where we stayed!

Half an hour later a man from Norway asked us about the room so we weren’t the only ones who noticed the sign.

Afterwards I was amazed at how similar i behaved to the average searcher. So I want to tell you 5 things I learned about SEO from taking a few days off:

Then we went to the beach. Next post: 5 things swimming in the cold Baltic Sea taught me about SEO ;-)